Indian Army jawan Aurangzeb who was kidnapped, tortured and murdered by terrorists in Kashmir will be honoured with the prestigious Shaurya Chakra gallantry award. Rifleman Aurangzeb was laid to rest in Poonch as he received full state honours and thousands of people marked their presence in his last rites.

It was a dark day for Aurangzeb on June 14, when he boarded a private vehicle to arrive Shopian, to go to his home in Rajouri district on behalf of Eid celebrations. But unfortunately, the terrorists blocked the vehicle as it came near Kalampora and then they kidnapped the soldier.

Sources in intelligence agency told Zee Media that four terrorists – two from Lashkar-e-Toiba (LeT) and two Hizbul Mujahideen – were behind the kidnapping and killing of Aurangzeb. Sources went on to add saying that the terrorists used an Alto car to kidnap the soldier.

Aurangzeb was later found by a team of police and Army at Gussu village, which is about 10 km away from Kalampora in Pulwama district. The police confirmed the news that Aurangzeb was shot in his head and neck.

Army jawan Aurangzeb, as well as Major Aditya Kumar of Garhwal Rifles, will be awarded the prestigious honour posthumously on the eve of the Independence Day (August 15).

Aurangzeb was brought up from a family that had a strong history of striving for the Indian Army, where his father Mohammad Haneef, is an ex-Indian army man and his eldest son Mohammad Qasim is a ‘serving army personnel’ and two of Aurangzeb’s younger brothers came through with flying colours in the tests to join the forces. 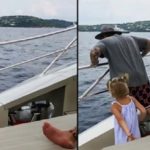