What would you do to a person who pays more attention to the phone than you? Ever since the evolution of the internet and social media, people have fallen into the trap so easily just like the father here in the picture who lost his phone when his cute little daughter threw his mobile into the river when he was not paying close attention to her.

The 4-year-old daughter was eagerly waiting for her dad to spend some spend some quality time with her but little did the dad know that her daughter would do something ‘strange’ which he wouldn’t have even expected her to do at the first place.

Russian star rapper Timati was recently on a fantastic vacation with his family on a yacht in Saint-Tropez, on the French Riviera. Check his Instagram account down below for a better clarity. He was busy engaging with his fans on social media by uploading pictures and videos.

Apart from that there was one video that drew everyone’s eyeballs. As you can see in the video, Timati’s daughter quickly throwing her father’s cell phone in the sea. The video received instant reactions on the social media.

The actual reason for the girl throwing her dad’s mobile was that she was upset because her father was only paying full attention to the phone. So she decided to take this move.

Watch the video below and have some great fun: 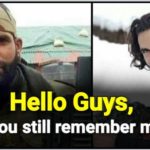