We all know that all animals need food to live. The one which hunts and preys on other animals is called a ‘predator’. Today we are going to watch an interesting video that is bound to send tingles down your spine. Have you ever seen a giant cat hunting down an eight-foot-long crocodile like a hot knife through butter?

Don’t believe? You can watch it yourself in the video attached below. To hunt another animal, one needs a lot of patience and we have seen that many times. As you can see in the video, Jaguar swims across the river approaching towards its prey (crocodile) slowly without even making a noise.

Once it knew that it got the right opportunity, it immediately went towards the long crocodile and grabbed its neck. Hence, the crocodile surrendered at the hands of Jaguar. It is well known that crocodiles have the strongest bite ever measured as its powerful jaws can bite down with immense force. However, Jaguar got the better of the crocodile by attacking its weak spot.

An interesting fact is that Jaguar’s jaws are the largest of the big cats. They’re meant to kill in one bite with brute force. In that manner, their prey fails to counterattack.

We just can’t get enough of watching this. Feast your eyes by watching this video down below. Feel the new experience. 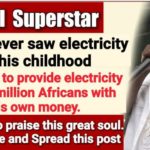