Most Indians are aware, of how India gained its independence from nearly 200 years of British rule, in 1947, after innumerable sacrifices and simultaneous lengthy and continuous struggles – both violent and non-violent. However, many of us don’t know that apart from the British, even the French and the Portuguese had their colonies in India, which became a part of the union, in 1962 and 1961 respectively, i.e. many years after 1947.

Even after 1947, the Portuguese continued to keep their hold on the states/union territories (UTs) of Goa, Daman and Diu, and Dadra – Nagar Haveli. Together, they were known as ‘Estado da Índia’, and were a colony of the Portuguese empire. On the 27th of February 1950, then Indian government tried to resolve the issue with diplomacy, asking the Portuguese to consider accession of the territory to India amicably. However, the Portuguese refused to budge.

Instead, they made an unusual argument, by claiming that ‘their’ territory on the subcontinent was not a colony, but an integral part of the Portugal mainland, hence accession to India was out of question. They also said that India didn’t have any rights upon this territory because the country did not exist ‘officially’ as a republic, at the time when Portuguese started ruling Goa. Reacting to this, on 11th June 1953, the government severed diplomatic ties with Lisbon.

Blood of every Indian boiled over this challenge to our sovereignty. However, the Jawahar Lal Nehru led government was still reluctant to take a military action. It was then, that the Rashtriya Swayamsevak Sangh (RSS), decided to act. Along with the RSS Swayamsevaks, the volunteers of United Front of Goans, the National Movement Liberation Organisation, Azad Gomantak Dal and a group of armed Indian policemen entered Dadra and Nagar Haveli.

This united group of freedom fighters led by the RSS, killed Police Sergeant Aniceto do Rosário and Constable António Fernandes on the 22nd of July 1955 and took Naroli under their control on July 28th. Inspired by this success of the RSS, on the 15th of August 1955 – the 8th anniversary of independence, a group of around 3,000 – 5,000 Indians entered the Portuguese-held territory of Goa, to peacefully protest against the Portuguese occupation.

A passenger was killed while many others were injured in this unprovoked attack. RSS asked Indian government to take a military action, using the territory under their control. The Indian Army launched ‘Operation Vijay’ on 18th December 1961. The Portuguese couldn’t withstand and surrendered ‘next day’ i.e. 19th December, at 8:30 PM, as until then, most part of Goa was under India’s control. 22 Indians and 30 Portuguese were killed in the 2 day long ‘war’.

This resulted in the end of 451 years long Portuguese occupation. Most of the African states, the USSR, Arab countries and Ceylon had supported India’s action in Goa, while USA and UK had opposed it. The Portuguese had even gone to the International Court of Justice (ICJ) over RSS action in July 1955, but to no avail. Hence, every Indian must thank the RSS and the Indian Army, that we don’t need a ‘Visa’ to travel to Goa for a vacation. 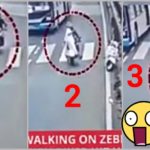 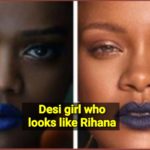