The situation had gone from bad to worse and during this crisis, celebrities, entrepreneurs, businessmen rose to the occasion by doing their best to help the country combat the pandemic. People are wearing masks to travel outside and meanwhile, among many, a strange mask whic is made of solid gold became the talking point now.

Shankar Kurade, a man who hails from Pimpri-Chinchwad in Pune has got himself a mask made of gold, which is estimated to be around Rs. 2.89 lakh. During his interview with leading news portal ANI, Shankar added that weight of the mask is 50 grams. Giving details about his gold mask, Shankar Kurade revealed: “It’s a thin mask with minute holes so that there’s no difficulty in breathing. I’m not sure whether this mask will be effective,” he told news agency ANI.

According to the reports, Shankar has also included tiny holes in the mask to facilitate breathing and he is not so sure if the mask helps in preventing the Coronavirus.

Seeing this, the netizens got the perfect opportunity to troll Shankar Kurade with hilarious memes, while teaching him a lesson on how the money could have been used in a better way.

Here, check out some of the hilarious reactions: 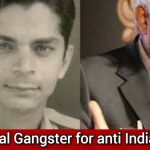 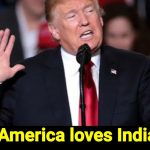