As a part of its ‘lateral entry’ plan to induct talented and experienced individuals from the private sector, Modi government has issued advertisements for ten posts of joint secretary level, for various ministerial departments. In order to apply, one needs to have aged 40 years on July 1, and must be at least a graduate from any of the recognized universities or educational institutions, though a higher educational qualification would be preferred.

Initially, the contract hiring would be for a 3 year period, which could be extended to 5 years, depending upon the requirement and performance of the individual. To make it sure, that the applicants are purely professional individuals, those hired would be paid Rs 1.44 lakh to Rs 2.18 lakh per month as salary. Not just this, they’d be entitled to benefits and perks given to their counterpart employees of the Central government.

The current requirement is in the departments of revenue, financial services, economic affairs, agriculture, road transport, shipping, environment and forest, civil aviation and commerce. Officials of any of the state or union territory governments who are already employed at a similar post or are suitable to be employed at a similar post in their state or union territory, will also be considered for the posts, in case they apply for it.

Other than this, candidates who are currently employed with PSUs at similar posts, those in autonomous bodies, statutory organisations, universities, recognized research institutes having an experience of at least 15 years will also be considered. Most importantly, people who have worked in similar roles in private companies, consultancies, international/ multinational organisations for more than 15 years, will also be considered for the posts.

The Department of Personnel and Training (DoPT), stated that it wants talented and motivated Indian nationals willing to contribute towards nation building to join the government at the level of Joint Secretary – an important level of senior management in Indian government, to devise and execute plans and agendas of their respective departments. These Joint Secretaries will be supervised by the secretary/additional secretary of their respective ministry.

Though the government usually picks officers from all India services like the IAS, IPS, IFS and other allied services, for such posts, Modi government has changed the game, by allowing the hiring of talented individuals from the private sector. The Youth believes that this move will surely improve the level of governance, quality of administration and delivery of public services. Details of the posts are given below: 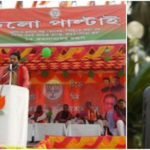