Everyone wishes to do their dream job. There is no one who wants to do a job which they are not interested in. Though we all dream of getting a job in a reputed company, very few of us actually get the offer because they push themselves beyond boundaries to accomplish their mission. Their ability to look at life with a fresh and positive perspective makes them a class apart.

Getting a job at Google is no small feat for most of the aspiring IT geeks. Life is settled when you get a job in Google. The company offers a handsome paycheck. You can take pride in being part of the multi-national giant company. But have you ever heard of a guy quitting a high-paying job at Google to sell samosas? Quite shocking, isn’t it? But for Munaf Kapadia, he just had to quit the job in a bid to follow his passion.

To quit Google company for the sole purpose of selling samosas might be a stupid idea for others but not for Munaf Kapadia who followed his heart. Today, his business has a yearly turnover of Rs. 50 lakhs. He is now the proud owner of The Bohri Kitchen (TBK) in Mumbai.

Munaf did what he felt was right. He completed his MBA from Mumbai’s Narsee Monjee Institute a few years ago. He was then employed by Google. He started his venture at Google working abroad. However, after a few years, he looked at life from a different perspective. He decided to start a business on his own and so he returned to his motherland India.

Munaf’s mother Nafisa always had an eye for cooking. She is fond of watching cooking shows on television and is a great cook. He was taken with the idea of opening a food chain after picking up some important tips from his mother. Initially, he let a few people sample his mother’s spicy food. Gradually, The Bohri Kitchen started to gain a lot of customers.

There is a huge demand for TBK’s samosas among iconic celebrities and five-star hotels. Apart from samosas, Nargis, kebab, Dabba gosht and many other spicy recipes are being sold here. The idea to invite people over for a paid meal was a hit and that’s how The Bohri Kitchen, a concept food dining experience in Mumbai, was born.

There is a demand for TBK’s samosas among famous celebrities and five-star hotels. The company now has a turnover of Rs 50 lakh and it is expected to reach greater heights in the times to come. Munaf, the ambitious guy aims to expand and increase the yearly turnover to nearly Rs 5 crore in the coming years.

From letting people taste sample to making the people wait in long queues to get the samosas, Munaf’s TBK gained a good recognition. Munaf couldn’t have asked for a better result and he credited his historic success to his mother. He has been featured in the Forbes Under 30 list. 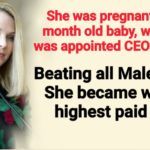