Do you remember the woman from Ranaghat Railway Station in West Bengal who took the Bollywood fraternity by storm after she sang Lata Mangeshkar’s popular song ‘Ek pyaar ka nagma hai?’

Her performance of the song from Shor spread like wildfire quite recently on social media platforms.

The woman who goes by the name of Ranu Mondal just got an incredible transformation. Her makeover clearly appears to have drawn too much attention to her and her life as well.

The video clip of her singing a song was shared on Facebook and millions of fans watched the video as it garnered around 4 million views and 60k shares.

The video received plenty of great comments too, which goes to show the power of social media. An unknown person can become a famous celebrity and that is what happened in Ranu Mondal’s case. She is the happiest woman right now.

After becoming a sensation, she has now been getting ample requests for performances from Kolkata, Mumbai, Kerala and also from across the border in Bangladesh. She has also been getting good offers for recording her own music album.

Her makeover was also been sponsored by the show executives who have been offering her for performances and also backing her through and through.

It was only recently, Ranu Mondal got to meet her daughter after they were separated for so many years. As per the reports, after her video went viral on social media, her daughter Swati managed to find her mother.

After returning from several song recording sessions in Mumbai, Ranu Mondal was in tears when she met her long-lost daughter Swati.

However, a News 18 report mentions that Swati left Ranu nearly 10 years ago because she didn’t really approve of her mother’s way of living.

Ranu would usually spend most of her time at the Railway Station singing and hoping for passersby to give her some money. To get rid of poverty and hope for a better life, Swati left her mother.

And now, after being separated for a decade, Swati is finally back to see her mother but at the same time, she is also being slammed as people allege that she’s back for the fame and money that Ranu achieved in a short spell.

After going viral on social media, Ranu Mondal got a tremendous transformation as a participant in the reality show Superstar Singer and also recorded her first song with director and singer Himesh Reshammiya.

“Meet Ranu Mandal, the 59 yr old with a heartwarming voice, who was singing “Ek Pyaar ka Nagma hai” at the railway station of West Bengal. She is getting calls from bands, shows and producers who want to work with her. Kudos to Social Media, may she get what she deserves,” one Twitter user wrote.

The 26-year-old engineer Atindra Chakraborty, who was the one who filmed Mondal’s fate-changing video, told India Today, “It was a chance encounter. I was hanging out with my friends at a tea stall on platform No 6. A Rafi song was playing in the radio aloud. Suddenly I heard the lady humming to the tune, as she sat on the platform floor.” 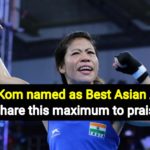