In a society that is obsessed with men’s achievements, women’s glories are overlooked quite often. One should know the fact that women are venturing almost into every field and they are willing to take the chances when an opportunity knocks the door.

Women have always pushed themselves beyond boundaries to touch the pinnacle of success. They are not the kind who often go into a shell, usually cursing their fate or making lame excuses for their failures owing to a male-dominated atmosphere. They are the ones who have the willingness to succeed even in tough times.

Harmanpreet Kaur, the captain of the Indian women’s Twenty20 cricket team, was appointed as the Deputy Superintendent of Police (DSP) in the Punjab police force. She reinstated our faith in women empowerment. The dazzling stars on her uniform were pinned by Punjab Chief Minister Amarinder Singh and Director General of Police (DGP) Suresh Arora.

According to The Indian Express, Amarinder Singh tweeted, “Proud to join DGP Suresh Arora in pinning the stars on the uniform of this young cricketer @ImHarmanpreet as she takes over as DSP in @PunjabPolice. This lady has done us proud and I’m confident she’ll continue to do so. My best wishes are with her.”

The Arjuna Award Winner, Harmanpreet Kaur shot into prominence following her stellar match-winning score of 171* against Australia in the Women’s World Cup in England. Her fruitful contributions came at the right time that steered India into the finals. Much to her sheer brilliance in the tournament, she was offered the post by the Punjab chief minister last year.

Harmanpreet Kaur has been one of the phenomenal parts of Indian women cricket history. She is a potential all-rounder by trait. She deserves a certificate of excellence for her fruitful contributions that have quite often fetched good end results. She has been a practitioner in playing a wide range of shots whose exemplary appetite for scoring runs is just awesome. 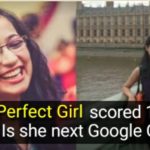