When it comes to living a luxurious lifestyle, there are so many things around us that we want. The first thing we look at however, is the price tag and decide whether we can afford it or not. Even if we cannot afford it, we keep it in our wish list and plan to buy it later. Nowadays, due to ease of access to credit cards and ability to pay back in low EMIs, people don’t have to wait too long, to put their hands on what they want. But like in case of any other financial decision, one has to be employed, have a lawful source of earning, assess priorities prudently, and be patient. After this, if we are able to purchase it, we feel that we have earned it and deserved it for all the hard work that we do for a living.

Blame it on consumerism, lack of attention at home or in society, sadly, some misguided and misinformed people (specially youth) believe in getting everything they want, in very quick time, without having to earn it and without bothering about the consequences. Such people often get themselves into trouble, suffer themselves as well as make their family members suffer, spoiling their entire life and career.

One such youth, a student in Khandwa, Madhya Pradesh, became a vicious thief for money to spend on his four girlfriends. He wasn’t noticed by the police even after having done many acts of theft. But he finally ran out of luck a few days ago, when the police nabbed him with the help of the location of a mobile stolen from a house. During initial inquiry, he has admitted involvement in more than 12 cases. The police now has him in remand. According to the police, on the night of January 26, theft was reported in Rajesh Pathak’s house opposite the Vitthal temple. The mobile was stolen from here, along with some cash. A gold ring, silver anklets and some other items were stolen from Premchand Jain’s grocery store, which is adjacent to this house. The police had put the mobile on its tracking system.

As soon as the accused used this mobile, the police found his location. The police informers and intelligence then started observing him closely. The youth was arrested on sunday night, caught red handed using the stolen mobile. The arrested youth, 25 years old Jaideep, is a resident of Kaharwadi area. He has done ITI from Narmadanagar. Jaideep is also claiming to be an engineering student, but has failed to name the college where he’s enrolled.

According to the police, Jaideep has accepted in the initial inquiry that he has four girlfriends, gives them expensive gifts, and takes them around from time to time. His own lifestyle and eating preferences resembles ‘rich’ people. Jaideep told the police, that due to the poor financial condition of his house, and not getting money from there to fulfil his desires, he started to steal 4 years ago.

After coming to know about the story of this guy, all that can be said, that had he given a thought about the consequences of what he was getting into, hopefully he’d have not chosen to walk this path. Also, some blame has to be shared by his ‘four girlfriends’, who never refused to take expensive gifts from him or cared to ask him what does he do for a living. 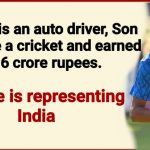 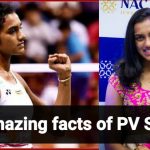