With its founders Prannoy Roy, Radhika Roy and promoter firm RRPR Holding Pvt Ltd facing a CBI probe for allegedly concealing a share transaction, NDTV is set to change hands, it is learnt. Sources confirmed to The Indian Express that Ajay Singh, co-founder and owner of SpiceJet who was part of the BJP’s 2014 poll campaign, has picked up majority holding in the news channel. When asked if NDTV has been sold to SpiceJet’s Ajay Singh, the source said, “Yes”

, the deal has been finalised and Ajay Singh will take control of NDTV along with editorial rights.”

On June 5, the CBI conducted searches at the residences of the Roys. Calling the raids a “blatant attack on the freedom of the press,” NDTV, in a statement, said that the CBI had filed its FIR based on a “shoddy complaint” by a “disgruntled” former NDTV consultant who has not obtained a “single order from the courts.”

According to the source, Ajay Singh, chairman and managing director for SpiceJet, will have controlling stake in NDTV of around 40 per cent and the promoters Prannoy Roy and Radhika Roy will hold around 20 per cent in the company.

According to the data available with BSE, the promoter holding in NDTV as of June 2017 stood at 61.45 per cent. Public shareholding in the company stands at 38.55 per cent. The source said that Ajay Singh will also pick up NDTV’s debt of over Rs 400 crore and the total deal is valued at around Rs 600 crore.

A first-generation entrepreneur, Singh acquired SpiceJet in January 2015 and has turned it around. Having coined BJP’s 2014 campaign slogan “abki baar Modi Sarkar,” Singh served as OSD to Pramod Mahajan during the first NDA government. It was in this period that he played an active role in the launch of DD Sports and was also behind the planning of DD News. Singh played a role in 2014 Lok Sabha campaign of the BJP as part of the core advertising/campaigning team.

In 1996, he was asked to serve on the Board of Delhi Transport Corporation and prepare a plan to revamp DTC. He is known to have played a key role in its turnaround and in the two and a half years that he spent at DTC, its fleet rose from 300 to about 6000. He also turned around the grounded ModiLuft and renamed and launched it as SpiceJet
An alumnus of Delhi’s St. Columba’s school, Singh is a graduate of IIT Delhi, an MBA from Cornell University and a Bachelor’s degree in Law (LLB) from Law Faculty, University of Delhi. 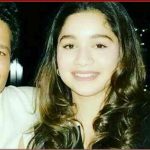 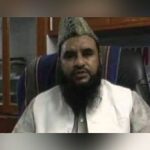