Prema Jayakumar, daughter of an autorickshaw driver from Tamilnadu, who lives in slum in Malad, Mumbai, couldn’t control her emotions and burst out in tears when she has seen her CA results.

She has cleared and crowned the communal Chartered Accountancy examination in her 1st attempt. She stays in a 280-sq. ft. coop with her family but she is so happy with the sudden elevation of her social status.

This happiness was not for Prema alone, her younger brother also appeared and cracked the same examination along with her. According to the interview taken by The Hindu, Prema stated that, she and her brother are enough to take care of their family. This is a matter of few months till they get a job and they are confident enough to face challenges of life.

Prema accepted that she was so sure that she will pass the exam but national first rank was something which she did not expect while appearing for examination and this was declared as a surprise for her. Her father, Jaya Perumal, is an auto driver and has been driving auto for more than 20 years in Mumbai. He moved to Mumbai 25 years ago, from Periyakolliyur in Villupuram district of Tamilnadu, in hunt of an improved life. He stated in an interview, that he has raised his three children with the money he earns from auto driving, and he always encouraged his children to study, where he is very happy with their achievement and success.

Prema had started her preparations after completing her B.com., for Chartered Accountancy examinations in 2008. She says that she did not attend any coaching class for her entrance, but later joined coaching for final examinations, for which she got scholarship and did not pay anything for coaching.

Prema’s younger but smarter brother, Dhanraj Jayakumar, completed his B.com in 2010, used to study for Chartered Accountancy examination with his sister. While pursuing graduation, Dhanraj worked for a call center too , to earn money and help his family financially. 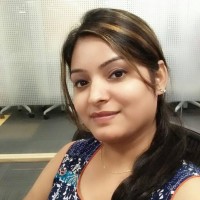 When a Pakistani asked Indian Army Officer, “Are you a Muslim,” this is how he replied

Why did Putin take a dip in minus 14-degree water? Reasons will surprise you for sure

After social media outrage, HD Kumaraswamy claims he did not transfer the officer