We all know that the great asteroid belt exists between the orbits of Mars and Jupiter. Actually, what are asteroids?Asteroids are hunks of rocky space debris, left over from the creation of the planets, which whizz around our solar system, orbiting the sun.

According to India Times , Professor Alan told that astronomers find near-Earth asteroids every day and most of them are harmless. But still there are chances for  the next Tunguska to occur by surprise.  Although they are much better at finding larger asteroids, this does us no good if we are not prepared to do something about them.

This news comes ahead of June 30, which is considered as Asteroid Day. On that day in 1908, a small asteroid had exploded over Tunguska in Russia’s Siberia, leaving a burned ground across an area of 2,000 square kilometres. The blast is thought to have been produced by a comet or asteroid hurtling through Earth’s atmosphere at over 33,500 mph, resulting in an explosion equal to 185 Hiroshima bombs as pressure and heat rapidly increased.

A similar unexpected strike in today’s world could easily destroy a major city and a larger asteroid could be more dangerous.While Nasa is keeping an eye on the space rock, which is 230 metres (755 feet) in diameter, it says it won’t come close enough to our planet to pose a threat. 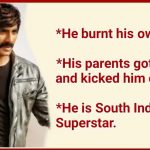 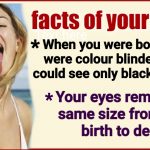