Chris Carter who plied his trade as a Hong Kong cricketer called it quits from international cricket in a bid to pursue a career as a pilot, a profession which he always dreamt of. He was last seen spicing it up for his team in the Asia Cup 2018 in the UAE wherein he could garner 5 runs from 2 innings. Carter made up his mind to move to Australia, where he grew up, in order to attend his favourite flight school.

“I already put my studies on hold before but I think it’s time to do what I’ve always wanted to do, and that is to become a pilot,” Carter, hailing from Hong Kong but grew up in Perth, told South China Morning Post.

Due to lack of funding, he couldn’t continue to play cricket anymore. He said, “It is difficult to be a cricketer in Hong Kong given the lack of funding. People within CHK (Cricket Hong Kong) work so hard to try and allow us to play on a full-time basis. The likes of Mark Wright and Simon Cook really do their best, but they are not supported well enough by the government or the ICC,” Carter added.

Carter announced his arrival as a debutant for Hong Kong in 2015 and played 11 one-day internationals for the team essaying 114 runs with a highest score of 43. He also got chances to feature in 10 T20Is and five first-class matches.

Carter played his last ever game against India in the recently-concluded Asia Cup on September 18. He scored 3 runs as Hong Kong came a tad close to causing a major upset to India in the tournament.

Carter left for Adelaide where he will happily follow his dream. He will train for 55 weeks in his strong hopes of becoming a second officer with Cathay Pacific.

“It is difficult for other members of the Hong Kong team, some of them who do not really have qualifications,” he said.

Carter, however, plans to return to Hong Kong someday and make himself available for senior selection but his work would be the first priority. 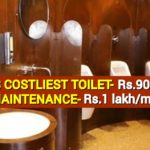