In a shocking incident, a 14-year-old student has killed a classmate after a fight that broke out over seating arrangement.

The incident took place in Uttar Pradesh’s Bulandshahr district on Thursday morning. According to the police, the boys both aged 14, who were studying in Class X in Soorajbhan Saraswati Vidya Mandir Inter College, had fought over their seat in the class on Wednesday.

The following day, the accused reached school with his uncle’s licensed revolver and opened fire at his classmate. The victim has been identified as Tarzan. He was shot thrice, on his head, chest and stomach and he was rushed to a hospital where he was declared brought dead.

According to the police, the accused tried to flee after shooting his classmate but was overpowered by other students and teachers.

The shocking incident led to chaos amongst the other students in the school. The accused was thrown out of the class and Principal Prabhat Kumar Verma immediately got the main gate of the school closed and informed the police.

The police reached the spot and arrested the accused. Police said the shooters’ uncle, who serves in the army and was on leave was unaware that his gun was missing. 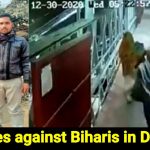 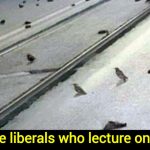