Yet again, Raveena Tandon restores our lost faith in humanity. Raveena Tandon is one of the most popular actresses of the 90s and is also well renowned for her kind behavior off screen. Yet again, she came in aid for someone in need and this time, its a seven time gold medalist who was forced to become a tea seller due to financial crisis.

ANI news earlier this week brought a case into limelight of Santosh, who previously won 7 gold medals in various competitions in weightlifting, but she failed to continue in the sport due to various injury issues.

ANI news’ official Twitter handler posted the tweet, where Santosh requested the Sports Ministry of this country to take action and help her by giving a government job.

Haryana: Powerlifting national champion, who got injured during training, now works at her father's tea shop and as a bouncer, in Sonipat pic.twitter.com/wDYOy3y1Uj

I was injured while training and had to discontinue Powerlifting. I won many championships, I want the govt should give me a job- Santosh pic.twitter.com/0egWZU7iFq

“I was injured while training and had to discontinue Powerlifting. I won many championships, I want the govt should give me a job” said a dejected Santosh, as quoted by ANI news.

This tweet from ANI news grabbed the attention of Raveena and she was quick to respond. She shared the tweet posted by ANI news and tagged some big names in the country like Sushma Swaraj, Shaina NC, Maneka Gandhi so that they can know this story.

After she had tagged them, Maneka Gandhi too was quick to respond and she took this story to the notice of the Sports Minister of India, Shri Vijay Goel.

Truly, that was an amazing gesture from Raveena Tandon and we all support the cause that our athletes should be protected so that they can bring more glory to the country. 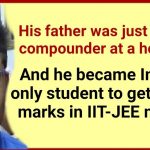