Arvind Kejriwal is known for his honesty and outspoken behaviour. The man never hesitates in schooling his officers and this new video doing rounds on the Internet makes it very evident. Arvind Kejriwal was recently on rounds his area when he decided to take a class of the concerned officers handling that particular region. The monsoons can be a tough time for people living in houses made by the government and the same happened to people residing in Delhi.

The roof of this house built five years back came crashing down due to the rains in this area of Delhi where Arvind Kejriwal was out for inspection. He was in no mood to spare his officers who were in charge of this construction. He immediately summoned the officer and took his case left, right and centre.

This video shows what clearly happened:

You can see Arvind questioning his officers about the construction. He thrashed the concerned officer and his team for their negligence and did not hesitate in asking the officer’s area of residence. He also directly asked him whether his house in the posh area of Vasant Kunj in Delhi also faces the same consequences during the rains to which the officer replied ‘No’ leaving Kejriwal fuming with anger.

Kejriwal happens to be one of those leaders who practice what they preach and his government works for the common man efficiently living up to their name ‘Aam Aadmi Party’.

Kejriwal has contributed to the growth of Delhi with utmost sincerity and the result was evident when Government schools under his leadership stood at power with private schools in terms of infrastructure and education quality.

We would love to know what you think about Kejriwal and his leadership in Delhi? Drop in your views in the comment section and share with us your opinions about Kejriwal’s way of schooling his officers. 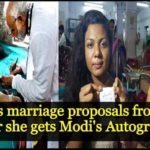 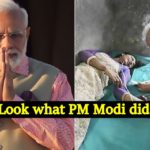