When our honorable Prime Minister Shri Narendra Modi announced that Rs.500/- and Rs.1000/- notes will be demonetized, the whole of India were in a shock and they all looked up to just one app to rescue them in this crisis situation, Paytm. Really, for many people its hard to imagine how life could have been if it had not been for Paytm to help them buy their daily necessities etc.

Recently, Paytm crossed 200 Million users, becoming the most used mobile wallet in India. Paytm had not earned all these things overnight did they? Absolutely not! It took years of hard work and Paytm founder Vijay Shekhar Sharma traveled all the way from a small town near Aligarh.

Vijay Shekhar recently appeared at the India Today Conclave 2017 and talked about his journey from nothing to becoming the owner of something really special. These are 10 special take away points from his interview and this one is for all those winners never who never give up.

1) Born on 8 July 1973, Vijay Shekhar is from Harduaganj, a small town near Aligarh and he claims Aligarh was actually was very big city for them at that point of time.

2) Vijay Shekhar said that he studied in a school where most of the students couldn’t afford footwear. His school failed to provide the students some basic necessities and all classes were taught in Hindi.

3) “We in India love to enjoy the stress on us and poverty is something that people use as an asset, as a card to play for various reasons. That is the kind of school I come from, the attitude of people in those places was shocking to me,” says Vijay. He always found that people’s attitude towards poverty in their town was very shocking.

4) Vijay was a meritorious student during his school days. He was in his 10th standard whilst he was just 12 years old whereas most of his other companions were 14 or more.

5) “When I took the engineering test, the questions were all in English and I wouldn’t know them. So I read those objective-type answers and then figured out what the questions were … thankfully I managed to get into the Delhi College of Engineering,” he says. Vijay’s journey to the Delhi College of Engineering was never easy as he had to trigger the language barrier. 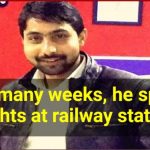 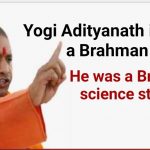