Many Bollywood celebs have a sizable fan base, and their admirers are eager to learn new information about their idols. Fans also want to know what is going on in the professional and personal lives of their favourite Bollywood celebrities and their lifestyle.

In the Bollywood industry, numerous well-known figures are idolized in many ways. Today, we will talk about those Bollywood celebrities who got married thrice in real life.

Kishore Kumar married four times, the first to Ruma Guha Thakurta in 1950, the second to Yogeeta Bali in 1960, the third to Madhubala in 1960, and the fourth to Leena Chandavarkar in 1980. He has a pleasant voice that takes us to the world of the 1960s.

Karan Singh Grover is a well-known actor in Bollywood and on television. He is blissfully married to Bipasha Basu at the moment, but did you know she is his third wife? True, he married Shraddha Nigam, a television actress, in 2008, but the couple split after only 10 months of marriage.

After that, he married Jennifer Winget again in 2012, but they divorced in 2014 after only two years together. They had been living a wonderful life together up until now.

Neelima Azeem is a well-known Indian actress who has been in series like Phir Wahi Talash and Junoon. She is also the mother of Shahid Kapoor and Ishaan Khatter. She married Pankaj Kapoor, a Bollywood actor, in 1979 and was blessed with a son. However, when Shahid was just three years old, they were separated.

She later married actor Rajesh Khattar for the second time in 1990, but they divorced for personal reasons. Finally, in 2004, she married Raza Ali Khan, but the couple divorced after only 5 years of marriage.

Sanjay Dutt is one of Bollywood’s most versatile actors. He is also known for his tumultuous love life, having been married three times. Richa Sharma, his first wife, left him in 1996 because she had a brain tumour.

In 1998, he married Rhea Pillai, but their marriage ended in divorce in 2005. Sanjay finally married Manyata. Until lately, they had been living a nice life together.

Kabir Bedi is one of the most talented Bollywood actors. His career has spanned three continents covering India, the USA and Europe. He first married Protima Bedi, a Bengali Beauty in 1969.

Later, he got hitched to Susan Humphreys, a fashion designer after his first divorce. He then married Nikki, a TV Presenter, and Parveen Dusanj at 71 for the fourth time.

Lucky became viral during a live performance in Goa, and we still can’t get enough of the song’s captivating voice. This singer has also been married 3 times.

Meaghan Jane McCleary was his first wife, followed by Inaya, and finally Kate Elizabeth Hallam. He has two children from each of his wives, for a total of six children.

Vidhu Vinod Chopra has worked on several memorable Bollywood films, including 3 Idiots. But did you know he’s married three times? Renu Saluja was first, followed by Shabnam Sukhdev, and finally Anupama Chopra in 1990.

Adnan Sami is one of the most sensational classical playback singers in Afghanistan. In 1993, the singer married the actress, Zeba Bakhtiar, and was separated from her for three years. His second marriage to Sabah Galadari lasted only three years his third marriage was to Roya Faryabi, a German girl of Afghan origin.

In the 1990s, Vinod Mehra was one of the cutest Bollywood actors. He was married three times, two of which ended in divorce. His wife Bindiya Goswami and son Kiran are the only survivors of the late actor. 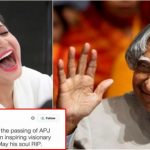 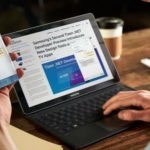