Hrithik Roshan also known by his fans as the nation’s‘ Greek God’ was born on 10th January 1974 in Bombay, Maharashtra. According to the UK-based Eastern Eye journal, Hrithik is the hottest Asian man in the world for 2019 and the last decade.

Recently, he donated his rare type of blood and drew plaudits from every nook and corner of the country. Hrithik Roshan, who has a rare B-negative blood group, donated blood as an act of kindness on the occasion of World Random Act of Kindness Day’ when he visited a Mumbai hospital for blood donation.

Later, Hrithik Roshan took to his social media handle and shared a post, inspiring people to do the same. He also shared how donating blood is highly important to the donor’s health.

“I was told that my blood group B-negative is a rare type. Hospitals often fall short of it. Pledging to be an insignificant part of the very significant blood banks. Thank you @kokilabenhospital for allowing me to contribute,” he wrote.

He further added: “Thank you Dr. Rajesh Sawant , Dr. Raees Ahmed and Dr Pradnya for the impeccable care and professionalism. P.S : Do you know that donating blood is in fact good for the donors health?”

His father Rakesh Roshan responded to the post, “Proud of you.” Meanwhile, one of his fans commented, “Yes it’s good for donor.” Another asked, “Will the (recepient) who get this blood turn in to krish?” 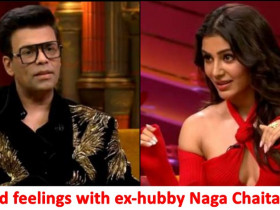 7 Big actors who rejected the roles in Baahubali: The Beginning

Who is vaccine master Adar Poonawalla? You will be surprised to see his luxurious life