On the contrary, not many plans to get married. There are many such big actors in Kollywood who are still single and are yet to be married. They have also given solid reasons as to why they are single and still happy to remain single.

It is indeed shocking to know that there are many handsome actors, gorgeous actress who are ruling the hearts of their fans are yet to be married. Many actors and actresses in Kollywood have never married and haven’t understood the concept of marriage.

Here is a list of five Tamil superstars who are still single, ranging from Trisha to STR

Vishal, a renowned actor in Tamil film, married Anisha Ali, a Hyderabad-based girl, in March 2019. However, due to undisclosed reasons, the couple subsequently split up and called off the wedding. The 43-year-old actor is presently filming his next film, Thupparivaalan 2, which will be his directing debut.

Silambarasan, also known by his stage name Simbu or STR, is a multi-talented actor in the Tamil film industry. Simbu has been unmarried for four years after quitting his previous relationships, and his parents are keen to get him to marry. The actor is looking forward to the release of his upcoming film Maanadu, which he collaborated on with director Venkat Prabhu.

The actress was rumoured to have gotten engaged earlier this year. The actress dismissed the reports as false rumours and stated that they are affecting her personally. Varalaxmi was also linked to Vishal, an actor. However, the two have insisted that they have always been good friends. Varalaxmi is currently completing films in Tamil and Telugu.

In the movie, Baana Kaathadi, directed by Badri Venkatesh, the son of late actor Murali began his acting career. Paradesi, Irumbu Kuthirai, Chandi Veeran, Eetti, Kanithan, Imaikkaa Nodigal, and Boomerang are among the Tamil films in which the 33-year-old actor has appeared. On the personal front, however, he is still single.

Trisha Krishnan, a 38-year-old actress, has carved a name for herself in the South Indian film industry. Previously, she was engaged to Varun Manian, a Chennai-based businessman. In May 2015, after four months of engagement, the couple called it off. 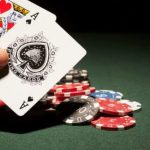 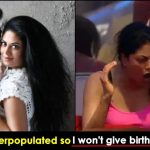