One last chance to reverse Global warming for the whole world, let's try this to save ourselves!

Between 1970 and 2014, our planet nearly lost 60% decline of its mammals, birds, fish, reptiles and amphibians, almost everything due to human activity.

Not just that, deforestation is also one of the activities that humans have long been doing but they hardly find time to plant a sapling. The rate at which the planet is losing its biodiversity is comparable only to the mass extinctions without the shadow of a doubt.

Whatever has happened has happened and if we act seriously there is still a chance we can restore the planet to normal. Yes, according to scientists, if we plant trees in thrice the area of India, then the global warming for the whole world can be reversed.

“We all knew restoring forests could play a part in tackling climate change, but we had no scientific understanding of what impact this could make,” said Tom Crowther, who is the ETH Zurich environmental systems scientist that led the research.

“Our study shows clearly that forest restoration is the best climate change solution available today and it provides hard evidence to justify the investment. If we act now, this could cut carbon dioxide in the atmosphere to levels last seen almost a century ago.”

Trees eliminate atmospheric carbon and output oxygen during the process of photosynthesis. It is calculated that a 1 billion hectare increase in forests could limit global warming to an increase of 1.5 degrees Celsius by the year 2050.

The new study reveals that reforesting an area about the size of the United States could scrub nearly around 100 years’ worth of carbon emissions.

“If you convert that into carbon, that’s about 200 gigatonnes of carbon,” ecologist Jean-Francois Bastin, who co-authored the study said.

What’s the next step? Now humans across the world put about 300 gigatonnes of carbon into the air in all of our time on Earth. So, a dedicated reforestation effort could cut down humanity’s carbon footprint by two-thirds.

“This is beautiful thing, just to think that to fight climate change what you have to do is to plant trees and you can do that everywhere,” Bastin said. 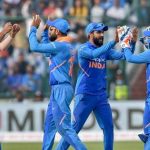 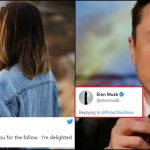