The death of a theft suspect which happened in police custody triggered massive protest of Gandhinagar police station in Indore on Wednesday.

Sanju Malviya, a 22-year-old youth was ruthlessly beaten to death by cops at the police station on Tuesday evening, his family members alleged.

The victim’s mother identified as Nandi Bai alleged that she also was detained and “beaten up in order to force him to confess”.

“We were kept in two different rooms and thrashed brutally. They kept my hands on the table and beat me with sticks,” Nandi told the media reporters, stressing that her left hand is fractured. SSP Ruchi Mishra suspended police station in-charge Neeta Derwal and constables- Rajesh, Shib, Sunil and Inder on Wednesday,

Derwal had not informed SP Surak Verma about the detention of the suspects, she added.

A judicial investigation has been ordered to the case. Forces from eight police stations were positioned in Gandhinagar since Wednesday morning in anticipation of trouble.

Even Sanju’s autopsy was performed under tight security. His family members including residents of Gandhinagar protested the police station for several hours.

Patwari assured locals of fair investigation and told them that strict action was being initiated. 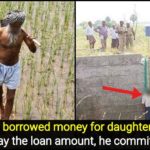 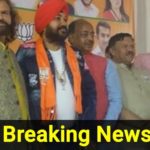