You ask anyone what they may want to be in life and they will say ‘a Billionaire’. Money determines the success status of any individual and to be honest, some rich people have become a trendsetter for others to emulate qualities like hard work and patience.

The successful individuals we know didn’t appear out of nowhere or suddenly. It takes a lot of bravery to put in the effort and devotion required to reach new heights. Elon Musk is one of the world’s wealthiest individuals.

He is a well-known entrepreneur and business magnate who was born in South Africa. He founded a number of businesses, including Tesla Motors and SpaceX. As CEO of Tesla Inc., he was paid $595.3 million in 2019.

Today, he is the richest man in the world with a potential wealth of $229.6 billion.

Imagine waking up in the morning just to look at your phone beside you and come to know that Elon Musk has started following you. What would be your first reaction?

A woman couldn’t control her emotions especially after Space X and Tesla CEO Elon Musk followed her on Twitter. The woman by the name of Rebecca thanked the Tesla CEO for following her on Twitter saying, “Thank you for the follow. I am delighted and honoured!”.

Nonetheless, soon after reading this tweet, Elon Musk had unfollowed the woman and replied, “Sorry’ accidental tap!”. While responding to the Tesla CEO’s reply, the women tweeted, “Thanks for the accidental tap!”.

Upon Elon Musk’s reply, the netizens are going all crazy over the reactions. Responding to the Tesla CEO reply of ‘accidental tap’, one of the Twitter users asked him if he could ‘accidentally’ follow her as well.

Meanwhile, another user thought that the “accidental tap” was done by none other than the tech billionaire’s son X Æ A-Xii. “That must have been little X messing around,” he wrote. Space X and Tesla CEO was quick with his reply and said, “He does like to play with my phone. There are many confusing videos he has taken.” 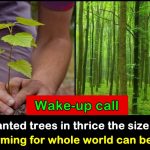 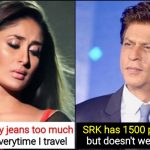