On Sunday, a 29-year-old Afghan man assaulted and seriously wounded a 58-year-old landscape gardener in a park in Berlin’s Wilmersdorf district.

Officials said the guy attacked the woman because she was a working woman, which is against Islam’s beliefs.

The perpetrator allegedly approached the victim on Saturday afternoon. After exchanging a few words he quickly pulled out a knife in no time and repeatedly stabbed her in the neck.

A 66-year-old bystander who attempted to help the woman was also seriously hurt.

According to Berlin’s general state prosecutor’s office, the offender was detained on charges of attempted murder and violent assault. The suspect may be suffering from mental illness, according to authorities. Prosecutors and criminal investigators are looking into whether or not his attack was prompted by Islamist ideology.

Due to German privacy regulations, his identity was not revealed. The identity of the victims was likewise kept concealed. 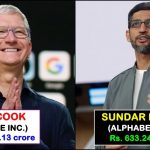 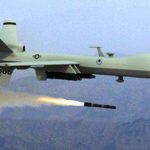