Following the return Islamic laws imposed by Taliban 2.0, Afghan women have suffered a massive decline in their rights, education and freedom after 20 years of order. The political insurgency has put on hold the fate of many lives, forcing women to stay out of jobs, wear burqa all the time, drop out of schools and colleges and get married without consent. If they refuse to do so, they are subjected to abduction, public beatings and execution.

A recent video surfaced on the internet where a reporter could be seen questioning an Aghan woman about her dreadful encounter with the Taliban. As she unfolds her story, the incident took place while the woman was serving in the Afghanistan police force. On her way back home, The Taliban opened fire at the poor woman. She was brutally stabbed 8 times and her eyes were carved out by knives by the Taliban. She was with child at the moment.

Mohammad Bibi and her husband received multiple threats overcall. In sheer helplessness, the pair moved to India ten months ago. She has completely turned blind and was suggested an artificial lens to soothe the discomfort in her eyes in India.
The pair struggled to get out of the country and was compelled to depart with her five children back in her homeland. As a mother, it pains her to know that her children are living in harsh constraints. Fear looms over her family as the notorious Taliban tries to barge inside her household and grill them to spill every information about their mother.

Sin to work under Taliban’s regime

The woman said it was a “sin” for women to work in the police in Afghanistan. She is afraid that the Taliban is distracting the media by their false promises of upholding women rights. Now that the entire country is under their control, women will be tortured immensely to death. Restrictions would be imposed on their freedom to move, to talk, to dress and to work the way they want to, curbing all social activities to Shariah law and would be kept in check by morality police officers within the “framework of Islam”.

Watch the interview with the Afghan woman below- 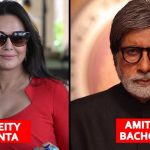 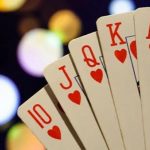