President Trump was recently on a two-day visit to India where he had a discussion with Prime Minister Narendra Modi on a peace deal between the United States and the Afghan Taliban in New Delhi during talks on Tuesday.

According to Indian government sources, New Delhi had received an invitation from Qatar to attend the historic signing of the US-Taliban deal which will take place on February 29 in Doha.

It is now confirmed that India will be witnessing the US-Taliban peace deal which will be signed on the 29th of this month. Indian envoy in Doha, Kumaran will be representing India at the historic deal that is going to be signed on February 29 that will pave way for the American troops to leave Afghanistan. If we look at Indo-Afghan Relations, India is helping rebuild Afghanistan.

It has been learnt that India has been helping Afghanistan in the capacity building since the US invaded Afghanistan in 2001. India has also earned considerable goodwill in Afghanistan due to several development projects completed there, whether it is India-Afghan friendship Dam which was earlier known as Salma Dam, whether it is the parliament building in Kabul constructed by India at a cost of USD 90 million.

The joint statement was released on Tuesday evening after the visit of US President Donald Trump concluded. The US in the joint statement lauded India and said that India has played a crucial role when it comes to the development of Afghanistan.

When asked about withdrawing US troops, President Trump told reporters that the US is “not a police force” and they (Afghans) “have to police it themselves”. He said the US wanted to “bring our young people back home”, claiming, the US “can win it (conflict in Afghanistan) easily” but that “I don’t want to kill millions of people”. 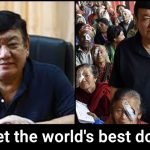 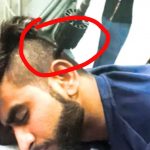