Many Bollywood stars are well-educated, as well as successful actors in the film industry. On the other hand, some performers haven’t completed their 12th grade.

People become famous in this field for their performance and work, but viewers are always interested in learning more about their favourite actors. So now we’ll discuss celebrities that haven’t even completed 12th grade:

Kangana Ranaut comes from a non-Bollywood background, thus she doesn’t need to say anything unique to introduce herself. Kangana completed her schooling in Dehradun and enrolled in college, but her love for acting grew, so she dropped out of college and relocated to Delhi, leaving Dehradun to pursue her acting career.

Arjun Kapoor is well-known for his acting as well as his scandals. Arjun Kapoor, the young actor, was not a good student and did not take his studies seriously at first. He failed in one of the key subjects in 12th grade and did not pursue his studies as a result of the failure. After that, he began working as an assistant director and, after a few years, he began acting.

Kajol comes from a Bollywood family. She began her acting career with “Bekhudi” before finishing her education at the age of 16. She received many movies offers after her breakthrough, and she became preoccupied with her acting profession.

As a result of her busy acting career, she dropped out of school without completing her 12th grade.

Katrina comes from a non-Bollywood family and worked extremely hard to touch the pinnacle of success. Her parents divorced, and her mother took care of her after that. Katrina’s mother was a highly active person who travelled around a lot for work. As a result of the move, Katrina was unable to finish his education and pursue her acting profession.

Karisma Kapoor is a member of the well-known Kapoor family. This actress dropped out of school when she was in sixth grade and has not attempted to return since. She was drawn to acting and made her debut in the film “Prem Qaidi” when she was 17 years old, which became a huge success. 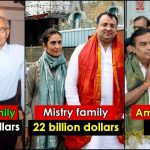 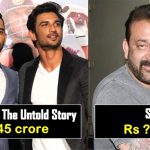