Indian pilot used an out-of-the-box technique to save passengers’ lives by manually landing the plane following the catastrophic failure of all flight systems. It was an Air India flight carrying as many as 370 commuters. Pilots are trained to save the lives of the commuters even if computer systems fail and thankfully, this pilot deftly solved the problem without any fuss.

As per NDTV, the Air India plane from New Delhi to New York was actually supposed to land at JFK airport on September 11, but rather landed in Newark at the US because of a slew of technical system failures, bad weather and it ran out of fuel.

The commander-in-charge was extremely upset 38 minutes before landing, as he called Air Traffic Control in New York to say: “We’re really, you know, stuck, and there’s no fuel.”

Flight AI-101 Captain Rustom Palia said that there was only one radio altimeter operating and the Traffic Collision and Avoidance System broke down. Palia added that there was “no Auto-land, no wind-shear systems, [no] Auto Speed Brake, and the Auxiliary Power Unit is unserviceable as well.”

“Basically, we’ve got a single source radio altimeter, we have a Traffic Collision and Avoidance System failure,” the commander-in-charge of Air India 777-300 reported to Air Traffic Control in New York via radio.

Thankfully, the plane somehow managed to safely land in Newark. The emergency teams had already turned up in numbers on standby as a precaution. “We have begun an investigation and the probe will focus on the technical glitches,” he said. 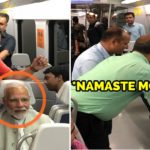