We have come across people shaming or trolling every second person for their posts on social media. Be it right or wrong reason, some people still find a reason to troll them.

Meanwhile, one of the social media users trolled Bollywood actor Abhishek Bachchan with a farmer’s picture.

Bachchan once again silenced the trolls in an epic manner. The user wrote: “If Abhishek wasn’t “Bachchan” and then attached a picture of a farmer. The farmer has a striking resemblance to Abishek Bachchan. Meanwhile, Bollywood actor gave the person a taste of their own medicine and replied, “Hahahaha. Funny! But still better looking than you!”

Abhishek Bachchan and Aishwarya Rai Bachchan are one of the best power couples in India. The adorable couple has now been married for over 13 years now. Amitabh Bachchan, daughter in law was crowned as ‘Miss World’ to kick-start her cinematic career on a fantastic note. Aishwarya Rai got married to Abhishek Bachchan on 20th April 2007. The couple have a daughter named Aaradhya Bachchan. 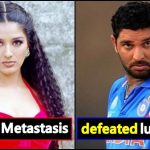 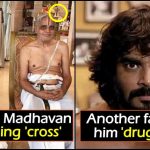