The sensational Indian cricketer, Irfan Pathan, often known as the ‘blue-eyed boy’ of Indian cricket has excellence as an all-rounder, leading his team to win on several occasions, be it 2007 ICC World Twenty20 or 2013 ICC Champions Trophy. Irfan has retired and is now married to Safa Baig.

They were hitched in 2016 but not many of his fans knew that she used to be a popular model back them. Safi is always wearing a hijab in her pictures with her husband and she has no such social media handle. Safa used to work in a model industry in Saudi Arabia before marriage and has been featured many times in a renowned fashion magazine in the Gulf.

Safa Baig was born in Jeddah, Saudi Arabia on 28th February 1994. Safa Baig is the daughter of Mirza Farooq Baig, a Saudi based businessman and grew up along with four sisters. She went to International Indian School in Jeddah for her schooling. Despite hailing from an orthodox Muslim family, she became successful in the modelling industry in no time with her charisma and talent.

Safa was not only an established face but a journalist and an excellent executive editor in a PR firm in Jeddah. She loved nail painting and also became a professional in nail art. Safa got married when she was just 21 while Irfan was 10 years older. The couple announced their marriage and even posted their marriage ceremony picture from his Twitter handle.

Irfan Pathan and Safa Baig, are now parenting their son, Imran Khan Pathan who was born in the same year they got married. Safa was many times criticized for leaving her modelling career behind but they continue to live a happy married life together.

Irfan Pathan married 21-year-old Safa Baig in a low key ceremony on February 4, 2016, at Haram Shareef in Mecca in Saudi Arabia. There is no doubt that Safa Baig is one of the most beautiful women. Jeddah-based model is known for her gorgeous doe-shaped eyes.

Irfan Pathan recently shared this marvellous picture on Instagram with his wife. Former Indian cricketer’s wife was targeted by netizens for wearing bright nail paint on her hands. It was apparently considered un-Islamic according to religious imposters on social media. 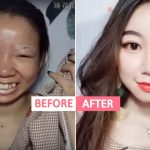 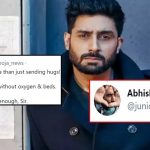