Abhishek Bachchan and Aishwarya Rai Bachchan are one of the best power couples in India. The adorable couple has now been married for over 13 years now. Amitabh Bachchan, daughter in law was crowned as ‘Miss World’ to kick-start her cinematic career on a fantastic note. Aishwarya Rai got married to Abhishek Bachchan on 20th April 2007. The couple have a daughter named Aaradhya Bachchan.

Coming to the point, one of the Twitter users tried to mess with Abhishek Bachchan. With social media dominating the world, people get to express their own opinion. But at times, netizens come up with comments which are deemed contrary to the spirit of human values.

Amid coronavirus pandemic, Abhishek Bachchan wrote: “🤗 Here’s sending out a huge virtual hug to you all. RT and spread the love. In times like these, we need it. #MaskOn”

In reply, she wrote: “Wish you did more than just sending hugs! People are dying without oxygen & beds. Hugs are just not enough, Sir.”

The tweet caught the attention of Abhishek Bachchan as he wrote: “I am, ma’am. Just because I don’t put it on social media doesn’t mean I’m not doing anything. We all are trying to do our best and whatever we can. The situation is very sad, hence felt spreading a little bit of love and positivity could help. Hugging face” 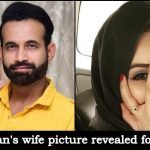 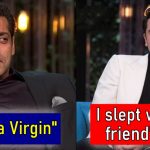