Now, it has been revealed that Kapil charges a hefty amount for his weekend episodes of the hugely popular celebrity chat show The Kapil Sharma Show. While Bollywood and other entertainment personalities grace his show every week, Kapil’s towering personality and fame surpasses everything and his fees for the show is proof of the same.

If sources are to be believed, Kapil Sharma has hiked his fee to Rs 1 crore for weekend episodes of The Kapil Sharma Show. His high fees is often the subject of jokes for his fellow performers like Krushna Abhishek and Bharti Singh, but the aforementioned amount certainly puts him in the big leagues of celebrities in the telly world.

The Kapil Sharma Show airs two episodes per week, on Saturday and Sunday, which makes his per-episode fees something close to Rs 50 lakh, which is an insane amount indeed.

Not long ago, the celebrity dancer and choreographer, Ganesh Acharya shared a weight loss journey of about 98 kgs. His tremendous transformation took the internet by surprise.

A year ago bin an interview with Hindustan Times, Ganesh came out with his difficulty with his weight stating, “It was very tough for me. For the past one-and-a-half years I have been working on my body. After putting on around 40 kgs for my film Hey Bro, my weight touched 200 kgs. I have to shed that now.”

When the promo of the popular Kapil Sharma talk show was released and netizens could not believe the sudden change that they were seeing, Kapil hilariously commented on Ganesh Acharya saying: “Chote chote shehro me 46-46 kilo ke aadmi hotey hai. Do aadmi gayab kar diye apne (In smaller towns, you will find men who weigh around 46 kgs. You made two men disappear!).” 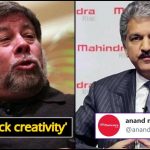 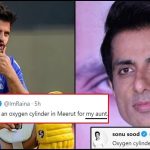