S. Sreesanth is a retired Indian cricketer who excelled at both batting and bowling. He was an outstanding player in the Indian cricket team. He has also represented Kerela in the Indian Premier League. Born on November 6, 1983 (currently 35) in Kothamangalam, Kerala, he has evolved into the biggest cricket controversy in the history of IPL.

Sreesanth was suspended from Indian cricket in 2013 after being charged with spot-fixing. He has since begun to carve out a new direction for himself in what little of his fame remains. He has dabbled in the film industry, and his dancing in “Jhalak Dikh la Jaa” catapulted him to fame.

He also appeared in Season 12 of the reality TV show Bigg Boss, and the television news reported that his spoiled brat personality and conduct was strongly debated in light of his former cricket life.

He dated six different actresses before meeting Bhuvaneshwari Kumari, a royal descendant of the Shekhawat dynasty of Jodhpur. They married in 2015 and have two adorable twins. They have been married for three years and are very happy. a Jodhpur native.

Although he is not in news as much as before so we compiled a list of actresses he’s dated before marriage.

Sreesanth and Shriya were seen together at a Mumbai fashion show after which it was speculated that they were secretly seeing each other. After the fashion show, they had dinner in each other’s company and most likely left in the same car, making it even more clear.

Shriya has actually debunked the reports many times and said she is busy with her acting career. She also denied meeting and speaking to the cricketer.

Riya met Sreesanth at a page three party after breaking up with Yuvraj Singh, and they hit it off. Riya could then be seen cheering for Sreesanth from the VIP stands at all of his upcoming matches.

Their relationship lasted a year, and they also intended to marry each other but were unable to do so. She later tweeted that she is not dating Sreesanth and visited Kochi during the matches for work.

In the same year, 2011, Shazahn and Sreesanth went for a drive after a game. Since rumours about their relationship began to circulate, they immediately began to clear the air. Shazahn said she was single and they were just good friends.

There were rumours that Minissha and Sreesanth were seen cuddling at a Macau film awards ceremony. They were seen kissing and heading to a casino late at night. For a year, everything stayed in place but then they broke up.

Raai Laxmi, South Indian actress who made her Bollywood debut with Julie 2 was reported that they were dating. Sreesanth, on the other hand, dismissed all the relationship, saying he just visited her on her sets and before anything could happen, they were already dubbed as a ‘pair’ by the media.

Sreesanth and Surveen first met on the sets of Ek Khiladi Ek Haseena. With their developing affection and relationship, their love began to grow.

They were then seen in a number of Bengaluru clubs and restaurants. However, everything came to an end in 2009.

Eventually, Sreesanth settled down with Bhuvaneshwari Kumari, who is from the royal root of the Shekhawat family of Jodhpur. Sreesanth married Bhuvaneshwari in 2015, and they have two beautiful children. The couple are living a very happy married life. 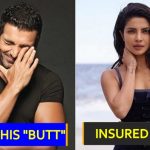 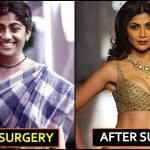