One of the oldest languages in the world, Sanskrit, is on the verge of becoming extinct in India, the country of its origin. People no longer speak this language. Some historians and linguists blame this because Sanskrit is considered as the language of Brahmins. They feel that common people have stopped talking in this language because Brahmins used to speak this language.

However, there is still a village in modern India named Mattur where people, irrespective of their castes, speak in Sanskrit. They speak Sanskrit even in their home. This village is widely known for the usage of Sanskrit for day-to-day communication. Most speak the language fluently too.

Enter any home in Mattur, and you will be greeted with Bhavatha nam kim (What is your name?), Katham asti (How are you?) and Coffee va chaayam kim ichchhathi bhavan (What will you have, coffee or tea?) in eloquent and poetic sounding Sanskrit.

It is not unusual to see a group of elders reciting Vedic hymns by the riverside while a couple of young men zoom past them on their bikes, flaunting their mobile phones as they converse in the ancient language. Even young children squabbling and playing cricket in the ground speak Sanskrit fluently.

Another interesting sight is Sanskrit graffiti on the walls of the houses in Mattur. The slogans painted on the walls are ancient quotes such as Maarge swachchataya virajate, grame sujanaha virajante (Cleanliness is as important for a road as good people are for the village). Some families also have the sign “You can speak Sanskrit in this house” proudly written on their doors.

The schools in Mattur have some of the best academic records in the district. According to the teachers, learning Sanskrit helps the students develop an aptitude for maths and logic as well. Many of Mattur’s young have gone abroad to study engineering or medicine and the village boasts of at least one software engineer in every family!

Mattur has produced  over 30 Sanskrit professors who are teaching in Kuvempu, Bengaluru, Mysore, and Mangalore universities. Mattur is also the home village of several illustrious personalities that include Mathoor Krishnamurthy of Bharatiya Vidya Bhavan, Bangalore, violinist Venkataram, and gamaka exponent H.R. Keshavamurthy.

What makes Mattur so special is that at a time when Sanskrit is spoken by less than 1% of the country’s population, not only do the villagers use the language in their daily life but they are also ready to teach it to anyone interested in learning it. Their commendable effort will go a long way towards keeping the knowledge of this ancient and scientific language alive in the years to come. 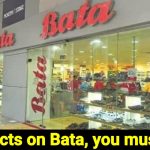 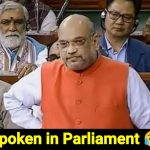