In what was an extraordinary tale of heroics, a woman Sub-inspector carried the body of an 80-year-old homeless person on her shoulders for over one kilometre after no one came forward to shift it.

The incident occurred at Adavi Kottutu, a village on the outskirts of Sampangipuram in Kasibugga-Palasa, an area known for its cashew industries, in Andhra Pradesh’s Srikakulam district.

Sirisha was working as an SI in the Kashibugga police station of Srikakulam district in Andhra Pradesh when she received the information that an uncertified old man died in Adavi Kothuru area.

Upon receiving information, the SI reached the spot and requested the locals to come forward to shift the dead body. When no one came forward, she stepped forward and decided to shift it on her own.

“We noticed the body of an unknown person, aged around 80 years, who locals said was a beggar. But bringing the body from the fields to the vehicle was difficult as there was no path to the road. We requested the villagers but no one came forward,” Sirisha told TOI.

She said she did not have any fear or sentiment when she decided to carry the body. “I joined the police force to serve people and extend my services to the society. The dead deserve dignity too. I only did my duty,” she said. DGP Gautam Sawang also lauded the humanitarian gesture of Sirisha.

The Sub-inspector was widely praised for the services. Telangana State Police specially congratulated Sirisha on Twitter. It said, “Salute madam, we proudly salute the profession you choose, the uniform you wear, and the service you render.” 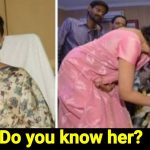 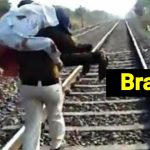