It is often called an idiot box, but a television set can have smart uses. A smart animal lover in Assam’s Sivasagar town received a lot of warmth and praise online after he created shelters for animals. He wants to make sure the dogs do not suffer out in the cold.

Abhijit Dowarah from Assam’s Sivasagar used his innovation skills and created cute kennels for the street dogs by using discarded television sets. He was widely praised for his innovative idea. He helped stray animals by making kennels for them. These kennels will protect them against the cold weather.

“The pets enjoy all comforts but the stray dogs suffer from lack of food and shelter. I thought I should do something for them in whatever little way possible. This led to creation of the shelters,” the kennels’ creator, Abhijit Dowarah, told The New Indian Express.

The 32-year-old Dowarah started liking dogs after his brother had brought home a puppy a few years ago. Prior to creating Baator Ghor (street home for the dogs), he spent several nights to see how they live.

On learning about his initiative, some like-minded people, including a vet, joined him in the cause. The locals know Dowarah as an “innovator” who turns scrap into utility items.

Earlier, he created a certain type of torch for the safety of women and a “gadget” for hand sanitisation during the pandemic.

“Over the past five years, I have created some 50 utility items from scrap. So, people don’t throw away old and unused stuff but give them to me. There were seven old TV sets lying at my two-room residence in Sivasagar’s Phukan Nagar. I thought if I can turn these into the stray dogs’ shelters, they can beat the winter chill,” Dowarah, who is a graduate, said.

Sivasagar Additional District Magistrate Al Azhar Ali, who was present when the shelters were put in place on December 4, lavished praise on Dowarah.

“This is a wonderful initiative,” he said. 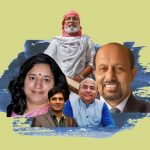 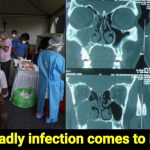