In a shocking incident that took place in Uttar Pradesh in Lalitpur district, a 65-year-old man was allegedly forced to drink urine and was thrashed badly along with his son. As per news agency ANI, the incident took place last week, after the victim identified as 65-year-old Amar, a resident of Roda village in Lalitpur lodged a complaint against upper-caste man called Sonu Yadav for allegedly attacking his son a few days ago with an axe.

After the police complaint, Sonu Yadav allegedly attempted to force both father and son to withdraw the complaint. After when they failed to do so, they were allegedly forced to drink urine and beaten up.

“When I refused, he attacked me with a stick. He also attacked my son with an axe. We then complained against him to the police,” Amar added.

The victim’s family filed a complaint and the main accused has been detained. The police added that they are on the hunt to search for other culprits involved in this case. Meanwhile, the Superintendent of Police Mirza Manzar Beg had confirmed that a few influential people of Roda beaten up the two villagers.

“The main accused has been arrested and search is on for others involved in this case. We registered an FIR soon after getting the complaint. We will not tolerate any such bullying,” Mirza Manzar Beg added.

According to the latest National Crime Records Bureau data, there has been a considerable increase of 7.3 per cent in crimes against SC people with 45,935 cases which is an increase from 42,793 cases registered in the year 2018.

In the country, Uttar Pradesh accounts for over 25 per cent of the overall cases by recording the highest number of atrocities against SC people in India. It has accounted for 11,829 cases out of around 46,000 cases in the country. This is indeed shocking. 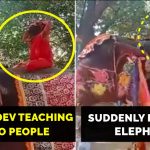 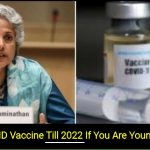