Ashok Shrivastav, who is a well-known journalist, has alleged by tweeting that the Aam Aadmi Party has now excluded Kashmir from the Indian map. Ashok Shrivastav had posted a tweet yesterday, where the party used the Indian map without Kashmir in support of farmers’ protest.

The Aam Aadmi Party has given a contract to Pakistan to make its poster, therefore Kashmir has been excluded from the Indian map, says Ashok Shrivastav.

The poster has already been circulated on Twitter, putting Arvind Kejriwal`s party into another trouble. Lately, the AAP has been in the news for the wrong reasons; be it Arvind Kejriwal`s leaked video showing him fixing the viewpoint of his interview or him committing a gaffe at a rally when he paid homage to four RTI activists, out of which three happen to be alive.

Television anchor and writer, Ashok Shrivastav has been engaged with DD news over the last eighteen years and established himself as Doordarshan’s most trusted prime time anchor in this country. He has been in this profession for more than three decades now and has been promoted to Senior Consulting Editor recently.

Ashok ji joined DD news in June 2002 and has been anchoring since then. His contributions to Doordarshan made him the most loved and promising anchor. He was awarded by Dr.Bhupen Hazarika in 2005. India has always maintained that Kashmir is an integral part of the Indian Union. 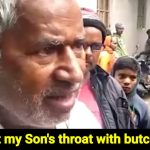 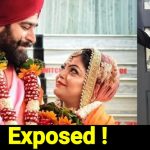