French President Emmanuel Macron has been facing severe backlash over his “Islam is a religion that is in crisis all over the world” comment. Now, Khabib Nurmagomedov, who announced his retirement last week, slammed Macron for his recent remarks on Islam on Friday, calling for “the Almighty to disfigure the face of this creature”.

Hailing from a small village in the Republic of Dagestan, the 32-year-old former MMA fighter is a practicing Muslim and has criticised Macron for his remarks on Islam. Not just Khabib Nurmagomedov, but many Muslims all over the world took a dig at Emmanuel Macron for his comments and trade organisations in the Islamic world calling for a boycott of French products.

Taking to Instagram, Khabib attacked Macron with a picture featuring a boot print over the face of the President. “May the Almighty disfigure the face of this creature and all its followers, who, under the slogan of freedom of speech, offend the feelings of more than one and a half billion Muslim believers,” said the caption.

“May the Almighty humiliate them in this life, and in the next. Allah is quick in calculation and you will see it.”

“We are Muslims, we love our Prophet Muhammad (peace and blessings of Allah be upon him) more than our mothers, fathers, children, wives, and all other people close to our hearts. Believe me, these provocations will come out sideways for them, the end is always for the God-fearing (sic),” he added.

Khabib also added verse 33:57 from the Quran in his post: “Indeed, those who revile Allah and His Messenger, Allah cursed in this world and in the Hereafter and prepared for them humiliating torments.”

After the hate crimes associated with the ‘Charlie Hebdo’ caricatures of Prophet Muhammad arose in France, Macron had earlier said that there was a need to “free Islam in France from foreign influences”.

Macron has decided to bring a law to defend France’s secular values against what he termed as “Islamist radicalism”, saying the religion was “in crisis” all over the world.

“Islam is a religion that is in crisis all over the world today, we are not just seeing this in our country,” he said.

Macron’s stance on Islam has drawn widespread criticism from a number of Muslim-majority countries like Qatar, Kuwait, Algeria, Sudan, Palestine and Morocco, Turkey, Pakistan, and others. 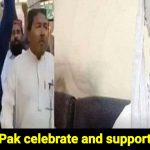 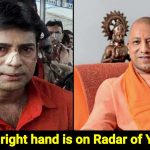