In another shocking news, a terrifying terror attack took place at Notre Dame Church in Nice, France, in which three people have died. As per reports, two out of the three deceased in the terror attack were beheaded. Back-to-back terror attacks rocked France, leaving several people injured. The horror attack that happened at around 9 AM local time has left the world shocked. The police reached the spot immediately and nabbed the terrorist.

As per local French media, the Nice Mayor, Christian Estrosi has said that the Islamic terrorist kept on shouting ‘Allahu Akbar’ while carrying out the attack. As per the reports, the incident occurred on Thursday morning. The Mayor of the city, Christian Estrosi, has thanked the local police officers for their quick action. “Thank you to our municipal police officers who arrested the author of a stabbing attack in the Notre Dame sector at # Nice06. I ask the people of Nice to avoid the area to let the police and emergency services work,” he said in a tweet.

National Police took to Twitter to inform that the operation is still underway and people should confirm forwarding any report. They urged everyone to follow official accounts for updates.

The Minister of the Interior has urged people not to visit the area as the police investigation and rescue is underway. The authorities are holding a crisis meeting.

The shocking incident comes days after a history teacher Samuel Paty was beheaded in broad daylight outside his school by an Islamic terrorist for showing cartoons of the Prophet Mohammed in the class. The murder sparked massive outrage in the country and drew condemnation from political parties and President Emmanuel Macron, who called the crime an “Islamist terrorist attack”.

France has decided not to kneel to Islam. A huge crowd of people, defying threats to their life, gathered near a government building in Montpellier to condemn the killing of Samuel Paty. Amidst heavy security, the locals projected many cartoons of Prophet Mohammad and the images of Samuel Paty on a local government building as a symbolic tribute to the deceased teacher.

The French government observed one minute silence for the terror attack. 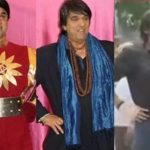 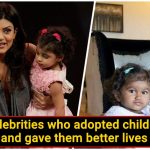