Kanta Prasad, the owner of the famous ‘Baba ka Dhaba’ in South Delhi’s Malviya Nagar, recently filed a complaint against YouTuber Gaurav Wasan for allegedly misappropriating the funds he received through donation. Notably, it was Wasan who had shot the video of the elderly couple which had gone viral.

In his complaint to police, Prasad said Wasan recorded his video and uploaded it on social media which went viral like wildfire and he also convinced people on social media to donate money to the owner.

He further alleged that Wasan “intentionally and deliberately shared only his and his family/friends bank details and mobile numbers with the donors and collected huge amount of donation through different mode of payments i.e bank account/wallets without providing any information to the complainant”.

However, Wasan has denied all the allegations levelled against him and claimed that he has given all the money to Prasad which he got as donation.

He further added, “Reports and Baba are also claiming we have received 25 lakh rupees which is not true. I believe he has been misled by certain people. To prove this, I have shared my bank account details and all other relevant evidence, which I had.”

The 80-year-old Kanta Prasad accused Wasan of misappropriating the funds by carrying out transactions in the latter’s bank account, on Monday.

‘Baba ka Dhaba’ located in South Delhi’s Malviya Nagar came into the limelight on October 7 after a video, shared by YouTube blogger Wasan, went viral in no time. After the video went viral, many came forward to help the couple financially and others announced plans for lunch at Baba Ka Dhaba. 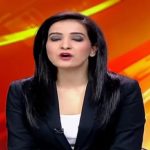 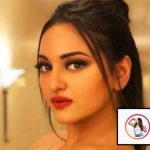