Ranveer Singh Bhavnani is a famous celebrity in India. He is one of the top stars in Bollywood industry. He is the recipient of several awards including four Filmfare awards. He is also one of the highest-paid actors in India. He has featured in Forbes India’s Celebrity 100 list since the year 2012.

Deepika Padukone and Ranveer Singh got hitched in Italy on November 14th and 15th 2018. The power couple hosted three grand receptions at Bengaluru and Mumbai respectively. Whatever Ranveer Singh does, he often hits the headlines more often than not. He usually grabs attention of the fans with interesting tweets on social media. He loves to comment on other celebrities’ posts as well.

Recently, Ranveer Singh had to go through a terrible experience. An unfortunate incident happened recently as Ranveer Singh’s car was rammed by a bike rider. The incident took place on the busy streets of Mumbai.

Ranveer Singh was in his car when the bike hit the four-wheeler and thus leaving a huge dent on the car body. The actor quickly came out of the vehicle to inspect the amount of damage on the car. He looked unhappy with what hehad seen where he shook his head in frustration while going back to his seat.

Citizens who were present there didn’t miss a chance to capture the whole incident and made it viral on social media platforms. 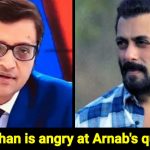