Recently, Salman Khan took an indirect dig at Republic TV channel for manipulating TRPs. During the shooting of Big Boss 14, Salman Khan said that If people continue to do what they are doing, the channels will be shut down.

Addressing this year’s Bigg Boss contestants, Salman said, “Ham Sab ko TRP chahiye. But, us keliye, you will have to play the right game. Ye nahi ki TRP aap kuch bhi karke le ke aayein. Wo aap khelo, sachcha game khelo. Be honest to yourself….. Bahut achcha ja rahe ho tum log. I have never seen the response you are getting. To make it bigger and better, be honest and real. Not by ki yaar yeh bakwas kar raha hai, jhoot bol raha hai, chilla raha hai. Khwah Makhwah! Point hi nahi hai. Woh aapke channel ko bandh kar denge (We all need TRP. But, for that, you will play the right game. Not that you will resort to anything to get the TRP. Play honestly, play the right game. Be it Bigg Boss or any other show, you have to play the right game. You can’t do anything for TRP. I have never seen the response you are getting. Be honest and real to win big. Not by speaking nonsense, lie and shouting unnecessarily. This is pointless. They will shut down your channel.)”

Salman did not stop here. He went on to say seemingly targeting Goswami, “Jo mujhe kahna tha, indirectly maine kah diya. (Whatever I had to say, I’ve said it indirectly.)”

Goswami has continuously targeted Salman by yelling at him from the studio of his TV channel. He’s been attacking Salman for his silence on the death of Sushant Singh Rajput. Last week, Kiku Sharda and Krushna Abhishek had mimicked television anchor Arnab Goswami in The Kapil Sharma Show which created huge buzz on social media and the video left people in splits. 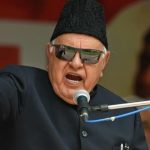 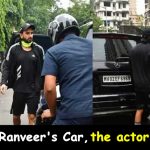