The 34-year-old actor died by suicide on June 14 at his Bandra residence. It has been 2 months since Sushant Singh Rajput left for his heavenly abode but the pain in fans’ hearts is very much the same. Ever since his death, we would often come across Twitter hashtags by angry fans, asking justice for the late actor and pressurising the government into launching a CBI interference.

Meanwhile, an old video of actress Rhea Chakraborty has gone viral on social media like wildfire. In this video, the actress is seen enjoying on the beach. In the video, which is circulating on social media, Riya can be seen wearing a yellow color outfit and hanging out in a fun-filled style. This video of Rhea Chakraborty is going viral and people are giving their feedback on it.

It has been learnt that this video of Rhea Chakraborty is during the holidays. This video of Riya has been shared by Bollywood Unlock on her Instagram account. At the same time, let us tell you, the Central Bureau of Investigation (CBI) has taken over investigation into the actor Sushant Singh Rajput death case from the Bihar Police.

Late actor’s father KK Singh also filed an FIR against his late son and actor’s alleged ex-girlfriend Rhea Chakraborty. In his complaint, he highlighted that Sushant Singh Rajput was under extreme mental pressure put by Rhea Chakraborty. She constantly blackmailed him to stay in control and let her handle his personal engagements.

In the FIR, he mentioned how she would take control of Sushant Singh Rajput’s bank accounts, laptops, phone, passwords, and other priority possessions.

The Enforcement Directorate (ED) is constantly questioning prime accused Riya Chakraborty. The interrogation lasted for over eight hours. During the questioning, Rhea revealed that the only thing she had in her possession were a note of gratitude and a water bottle – both belonging to the late actor.

Rhea Chakraborty refrained from making a comment on the case, but she said in self-made video that she believes in God and that she will get justice. 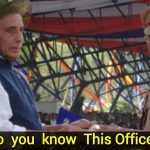 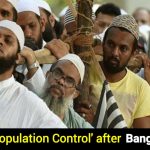