Meanwhile, Sushant’s trip to Europe with Rhea has become an important aspect of the case in recent investigations. It is being told that Sushant and Rhea went on a Europe trip in October 2019. After their Europe trip, Rhea started behaving unwell with the late actor.

The behavior of Sushant had totally changed after this trip. In fact, the employees who worked with him even claimed that his health had deteriorated after traveling to Europe.

Rhea and Sushant made a plan to go to Europe in October. Although Sushant and Rhea Chakraborty did not reveal their relationship, they were seen sharing different holiday photos on Instagram. During their trip, the couple traveled to Italy and France in Europe.

During this time the actor deleted all his Instagram posts a few months back, we got to see Rhea’s pics from the trip.

Sushant Singh Rajput‘s cook Neeraj also made some big revelations that night before, on June 13, the actor didn’t have dinner but he asked the staff to prepare mango shake for him.

When asked what Rajput had for breakfast that day, Neeraj told India Today, “On June 14th morning, he came out of his room and asked for chilled water. But, he was not feeling well and seemed tense.

Neeraj said that Rhea Chakraborty once threatened him about his job. “Once, she threatened me to leave the job during the lockdown as I was talking to a kachara wala without wearing a mask. But, sir said he will take care of it. The house atmosphere was very good. If Rhea leaves the house even for a few minutes, Sushant sir wouldn’t even eat. Rhea’s brother Showik and his other friends visit home often and they used to have fun,” he said.

Ankit Acharya worked with Sushant Singh Rajput for almost three years, but he was thrown out of job at Rhea’s behest. Talking about the couple’s trip to Europe, he said, “He was not the same Sushant Singh Rajput who always had a smile on his face.” Ankit also alleged that dark circles had developed under the eyes of Sushant, who was always smiling and that he looked weak after the journey. 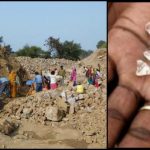 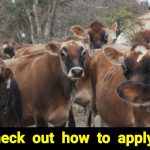