After the one month long tension between India and China at LAC near Ladakh, we are bound to have some questions in our mind. The first question that comes to our mind is why we are seeing a clash in an already tough phase.

The main reason for which China is not removing their troops from the Galwan Valley is because India is building roads and airfields to improve transport links and narrow the gap with China’s superior infrastructure on its side of the Line of Actual Control (LAC).

The 15th June clash actually shows the level of seriousness from both sides. This time it is not like the usual brawls between the two rísing superpowers. As China is getting greedier day by day, it is creating disturbances to neighbouring countries on all sides.

The Chinese dragon’s thirst for expansion is not new and it has a reputation of backstabbing, but New India is more careful than ever. The Indian army’s morale is at all times high after Surgical strikes 1 & 2. And with a devastating revenge for the Uri and Balakot attacks, India has displayed tremendous determination to give a befitting reply to aný nation which tries to disturb its peace and prosperity.

According to sources, building a better infrastructure along the border including Ladakh, Uttarakhand, Arunachal Pradesh, Sikkim, and Himachal Pradesh was one of the first decisions of Prime Minister Narendra Modi’s government in 2014.

After the Modi government came to power in 2014, a “general approval” was given for a road network to be built by the Border Roads Organization (BRO) for the first time.

India has prepared itself to deal with the war-like situation against China. As tensions on the Indo-China border continue to escalate, India has deployed its Air Defence System towards the border with China. In addition to this, India has also increased the number of armies. In view of China’s war intentions, The Indian Air Force has deployed frontline fighter jets, including Su-30 MKIs, Mirage 2000s and MiG-29. The Chinook helicopters have also been deployed in and around the Leh airbase to provide the capability of rapid troops transportation.

It is to be noted that this is the first deadly confrontation between the two Asian giants since 1975 in which China has reportedly suffered a huge loss. As per news agency ANI, 43 soldiers of the People’s Liberation Army (PLA) were killed in an escalated scuffle with Indian soldiers.

The Indian government, on the other hand, took an unprecedented step and has banned as many as 59 Chinese apps including TikTok. The decision of banning Chinese apps was taken in the wake of India-China border standoff. The government has blocked 59 apps for safety, security, defence, sovereignty and integrity of India. These Chinese apps have been taken down from Google Play Store and Apple App Store in India. 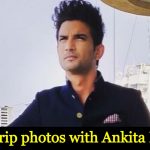 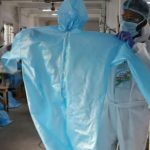