Srishti Jaswal made derogatory and Hinduphobic remarks against Lord Krishna. On 29 June 2020, replying to a tweet she wrote, “Because this is what Krishna did. He was a womanizer, a fuckboi, and commitment phobic maniac. And I am a Hindu and I’ve read mythology.”

Her derogatory tweet was in reference to a film “Krishna & His Leela” airing on Netflix, which has shown a man named Krishna as a womanizer who sleeps with multiple women. One of the girls he had an affair with was named Radha in the series.

However, her tweet did not go down well with social media users. Several Hindu people have literally set social media on fire after they had turned down the defamatory remarks made by Hindustan Times Journalist Srishti Jaswal. As a result, Jaswal had to not only delete her abusive tweet but also the twitter account.

Following her tweet, Hindustan Times came forward to say that it was suspending a journalist for her tweets on Hindu god Lord Krishna. Taking to Twitter, the Hindustan Times wrote, “Hindustan Times does not endorse Srishti Jaswal’s comments which were made on her personal Twitter handle and in her personal capacity. She has been suspended from duties with immediate effect and a code of conduct committee has been set up to look into the matter.”

Aggarwal said that Srishti Jaswal is a journalist with one of the country’s biggest media houses, who can influence millions of people with her tweets. He added, “Working with such Media platform and having such views being posted publicly can lead communal disharmony and religious animosity.”

Many have demanded stricter punishment against her. While one user wrote, “Netflix done it again, Web Series called “Krishna & His Leela” showing Krishna have sexual affairs wth many women & one of them named as Radha. The audacity to openly target #Hinduism wth lies, deceit, propaganda Why always insult our Gods? Because @NetflixIndia is Hinduphobic.” 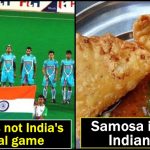 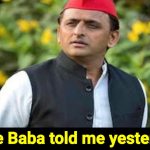