When the recession struck the UK in 2009, people were forced to quit their jobs and Sujay Sohani was one among them who faced this terrible experience. Due to these circumstances that put him in the back foot, he didn’t go into a shell, usually cursing his fate because he has always thought there is life even after disappointments. He didn’t lose hope. He met his friend Subodh Joshi.

Both of them made up their minds and decided to start the new phase of life by selling their hometown Mumbai’s popular delicacy, “vada pav”, in London. Today, their annual earning is somewhere around Rs.4.4 crore. Their success story is an inspiration for those who lose their jobs and think that there is no life after failure.

Sujay Sohani made to rejuvenate his lost self by building a better self in all aspects. The duo turned the tides to secure their lives ever so well as they escalated from lows of disappointment to highs of development.

Sujay previously plied his trade as the food and beverage manager at a London five-star hotel. Sujay who share a great deal of camaraderie with Subodh became friends in 1999 when they were studying at Rizvi College, Mumbai.

They have always been in touch and contacting each over the years. It was when Sujay lost his job after the recession hit the UK, he shared his unfortunate experience with his friend Subodh, telling him how he was so let down and heartbroken after losing his job.

It was only after their conversation, an idea sparked by their beautiful venture. On August 15, 2010, they resolved to make money for a living by launching their vada pav business, identified as Shree Krishna Vada Pav, at Hounslow High Street.

When both were about to start the business, they found it a tad difficult to find a perfect place to set up their stall. At the start, it was a Polish ice cream café owner who allowed the two of them to take some place for their new venture. The rent was Rs 35,000 and both found it hard to make or arrange money initially due to the financial crunch.

When the journey started, they sold the vada pav at £1 (Rs 80) and dabeli at £1.50 (Rs 131). To draw some attention to this new delicacy in London, they distributed vada pav to the random passerby for absolutely free.

From arranging money for rent to amplifying their business, they have come a long way to accomplish their task and today, their business expanded very well to wide spectrums as their annual turnover is now close to Rs 4.4 crores.

The stall is now the centre of attraction with up to 60 varieties of Indian dishes available on their menu. This is called success. Let’s share their success story to inspire other youths of the nation. 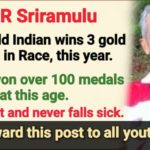 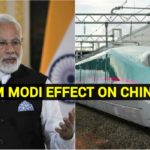