In what was a shocking incident, an American blogger based in Pakistan has accused former Prime Minister Yousaf Raza Gilani of raping and manhandling her.

Cynthia Ritchie, who has been living in Pakistan since 2010, exposed several of Pakistan’s top opposition politicians.

Ritchie alleged that she was drugged and assaulted by Senator Rehman Malik at his official residence in Islamabad in 2011, while he was serving as the federal interior minister of the coalition government led by his Pakistan Peoples Party (PPP).

However, PPP leaders refuted all allegations levelled against them and said adding that there is nothing that had happened. They called all the allegations as ‘baseless’ and they feel that there is no point of accusing someone who has not committed any sin.

The conflict between the PPP and Cynthia D. Ritchie created a controversy on social media. Following this, social media users expressed their outrage at the behaviour of the former Pakistan PM. Many people stepped forward and spoke against the offenders and then extended their full support to the rape victim.

After her allegations brought a whirlwind of conflict in Pakistan’s politics, Ritchie tweeted, “Occurred at IM’s house in min enclave 2011 around the OBL incident. I thought it a meeting about my visa but I was given flowers/a drugged drink. I kept quiet – who in PPP gov’t would help me against PPP IM (referring to the Interior Minister Rehman Malik). Recently they attacked family; I’ve had it. Ready to face any accuser.”

In a subsequent tweet, Ritchie said, “And, yes, I did tell someone at the UsEmb in 2011, but due to ‘fluid’ situation and ‘complex’ relations between US and Pakistan, response was less than adequate. I’ve been engaged to a wonderful man who I met in PAK. He encouraged me to speak out, so we can move on as a couple.”

Ritchie went on to say that she was physically manhandled by the then prime minister, Yousuf Raza Gilani, and one of his cabinet members, Makhdoom Shahabuddin.

Ritchie said confidently that she had evidence to substantiate her claims and was ready to share it with “neutral” investigative journalists. Ritchie has over 2 lakh followers on Twitter, who ran supportive hashtags such as “pride of Pakistan” (#CynthiaIsPrideOfPakistan) since she made the allegations public on Friday.

The blogger stated that she presented the matter before the US Embassy in 2011, but their response was “less than adequate”.

In the explosive video, the blogger alleged that she has been “harassed for years now by the PPP”. “I have received countless threats against my life, rape threats, claims that PPP has my father,” she claimed, adding that she has “evidentiary support” of everything she has been alleging. If Ritchie’s claims are right, it will expose an even-darker side of Pakistan’s political elite. 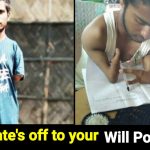